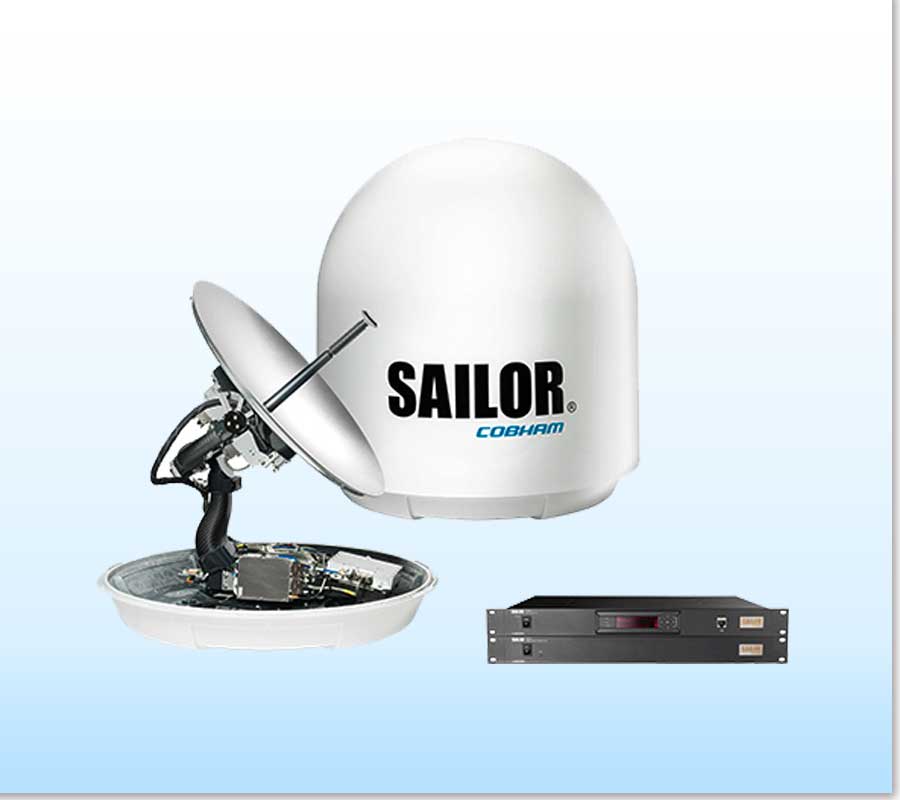 We cover the world

Satellite communication means more than just increased convenience in the daily work routines on board a vessel. More importantly, it also sets the standards in regards to efficiency and safety for ships of all sizes. Through thorough research and innovative thinking COBHAM offers high-quality satellite products for all purposes and vessels.

COBHAM has products for both the Inmarsat and Iridium networks.

Inmarsat’s primary satellite constellation consists of four Inmarsat I-3 satellites in geostationary orbit. These are currently backed up by a fifth spacecraft that can be brought in to provide additional capacity. Between them, the main “global” beams of the satellites provide overlapping coverage of the whole surface of the Earth apart from the poles. So, with Inmarsat coverage, it has become possible to extend the reach of terrestrial wired and cellular networks to almost anywhere on Earth.

A geostationary satellite follows a circular orbit in the plane of the Equator at a height of 35,600km, so that it appears to hover over a chosen point on the Earth’s surface. Three such satellites are enough to cover most of the globe, and mobile users rarely have to switch from one satellite to another.

A call from an Inmarsat mobile terminal goes directly to the satellite overhead, which routes it back down to a gateway on the ground called a land earth station (LES). From there the call is passed into the public phone network.

The Inmarsat I-3 satellites are supported by four previous-generation Inmarsat-2s, also in geostationary orbit.

A key advantage of the Inmarsat I-3s over their predecessors is their ability to generate a number of spotbeams as well as single large global beams. Spotbeams concentrate extra power in areas of high demand, as well as making it possible to supply standard services to smaller, simpler terminals.