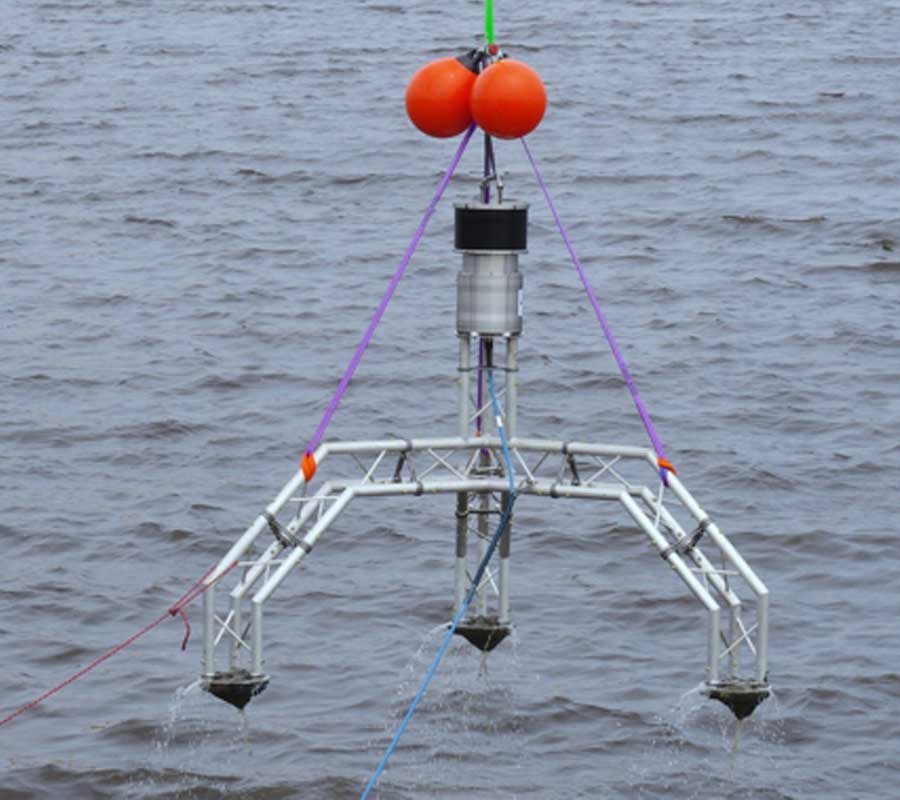 Sonardyne has developed an Automatic Leak Detection Sonar (ALDS) which can continuously monitor for hydrocarbon leaks around subsea oil and gas assets. ALDS is designed to monitor more than one billion cubic feet of seawater, with 360° of coverage from a single sensor location, operating without the need for skilled sonar operators to monitor the system. ALDS is designed to be very sensitive and is capable of detecting leaks below1 barrel per day at ranges in excess of 500 metres in deep water.

ALDS is an active sonar which works by projecting a short duration high bandwidth ultrasonic pulse into the water and listening for echoes from any objects such as subsea structures, ROVs or hydrocarbon leaks. The advanced software in ALDS is then capable of discriminating and localizing a potential leak from all the other sonar targets. When such a leak is detected, ALDS then automatically produces an audible and visible alarm. Data on the leak size and position are shown on a display and can also be exported to other monitoring or control systems via an Ethernet link.

Early warnings of small leaks can allow operators to schedule investigations and take control actions in a timely manner. The system can detect gas leaks at the seafloor which may never surface in the vicinity of the platform because the gas has been absorbed into the seawater as it rises. It can also alert an operator to oil leaks that may only break surface many miles from the actual source of the leak due to a combination of great water depth and local currents.

Unlike single point chemical sensors, ALDS is not dependent on being ‘in the flow’ of a leak to detect that leak. Similarly’ ALDS does not need to be within visual range of the leak such as for video inspection using a ROV. This allows the system to monitor the seabed for natural seeps, as well as leaks arising during drilling, production or decommissioning activities. The sonar has a user configurable detection radius of up to 1500 metres.

In practice many leaks will be a dual-phase mixture of oil and gas, which will make any oil leak more detectable than it might appear from the data presented. At one site’s typical gas to oil ratio a tiny dual-phase oil leak of 0.1 barrels per day would then be detectable at a leak-to-sonar range in excess of 500 metres.

The ALDS software is based on the proven architecture and detail design of Sonardyne’s Sentinel Intruder Detection Sonar, offering both high reliability detection and classification algorithms, which are field proven and best in class. Very importantly, ALDS does not require a trained sonar expert to adjust the sonar parameters; it has been designed to provide robust, reliable detection in all conditions without constant tweaking. The software is intuitive, simple to understand and automatically advises status/capability in real-time.

When a leak is detected, ALDS produces an audible and visible alarm. Data on the leak size and position are displayed on a display and they can also be automatically transmitted to remote monitoring stations via an Ethernet link. The system constantly records any leak detections, thus providing a log of events which can subsequently be played back.

ALDS can support a secure Internet interface that can allow alerts, monitoring status to be distributed globally as required. The same interface can also allow expert support by experienced Sonardyne engineers.

An Active Sonar with a Passive Capability

ALDS is an active sonar, i.e. it does not just passively listen for leaks. Compared to a hydrophone solution ALDS does not need to discriminate the different sounds that could be made from a leaking flange or valve stem from background noise; it is monitoring the actual leak directly. However, ALDS can make use of the noise generated by a leak to assist in the discrimination of leaks from other noise sources.

An engineered subsea power and communications module outside of the sonar head can be provided to allow integration with other systems, such as field deployed data networks. These interfaces can be engineered to meet individual customers’ specifications.